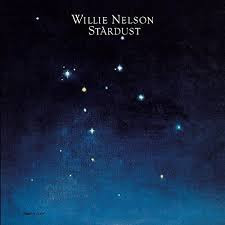 .
STARDUST
by Willie Nelson
1978
.
In 1989, Girlfriend and I decided that we wanted to find a nice little lounge that we could call our own – a quiet place that we could slip away to from time to time and enjoy an adult beverage. A place where everyone would know our names, but they would mostly just bring to our table the things we asked for and then leave us alone. So we began the quest one evening, and the first place I suggested we sample was the intimate cocktail lounge located at the rear of THE CREST HOUSE RESTAURANT on Washington Boulevard in Culver City. We went there, and we went to two other places that night. Over the next couple of weeks, we visited several other drinking establishments in the Los Angeles area, and when the alcoholic haze finally settled in our minds, we found that nothing could compare with the very first place we’d tried.
. 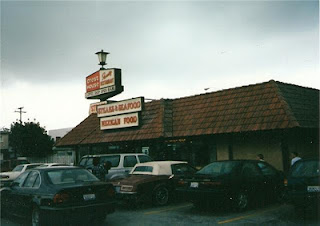 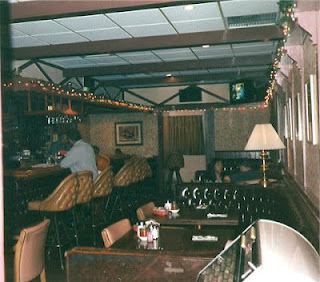 .
So, THE CREST HOUSE lounge became our home away from home, and for years it was like an oasis of yesteryear in contemporary times. The quaint lounge featured a cozy little fireplace, nostalgic red booths, little twinkling Christmas lights year ‘round over the bar, a couple of televisions for the showing of Dodger games, and an ancient, reticent fixture at the end of the bar whom Girlfriend and I referred to as “Mr. Doom” because he reminded us of the old gaunt ghost who sometimes hitched a ride with us in our “Doom Buggy” on the HAUNTED MANSION ride at Disneyland.
.
.
And then there was that jukebox filled with great music from a variety of decades – most of it conducive to relaxation and gentle conversation about good times shared. Girlfriend and I gave that machine most of the exercise it got. (The geezers and geezerettes – God love ‘em – were forever complimenting us kiddies on our exquisite taste in music.)
.
Our favorite selections were:
.
Moonlight Serenade (Glenn Miller); Boogie Woogie (Tommy Dorsey); I Wish You Love & That Old Black Magic (Louis Prima with Keely Smith); Desperado (The Eagles). And when I punched G5 and G6 on that old jukebox (which I frequently did) we got BLUE SKIES and MOONLIGHT IN VERMONT by Willie Nelson. Both of those lovely songs are found on this collection.
.
In 1978, Ol’ Willie Nelson departed from his hometown, “Countryville”, and with the great Booker T. Jones producing and arranging, he released STARDUST, an album of Pop standards. (If you’re not familiar with Booker’s old ‘60s band, BOOKER T. AND THE MG’S, you have missed out on some of the greatest dance music ever recorded. I mean, even Ol’ Stephen T. can dance to Booker T., and I’m as White as Wonder bread!)
.
Now the initial reaction one might have at the thought of Willie’s nasal voice singing GEORGIA ON MY MIND is understandably, “What the--?!” That’s got to be bad, right? Does a bear crap in the woods? Does a dog put out a fire… hydrant? Does a ghost haunt the building where I work? Well, the answer to the above questions is “yes”... except for the first one.
.
Believe it or not, somehow Willie’s schnozzy voice works perfectly with these mellifluous classics with their sparse but perfect instrumentation. (When Ol’ Waylon used to sing Willie’s part while performing their Country duets live and solo, he would hold his index finger up high for the entire audience to see, and then with great deliberation, bring it down to press one nostril closed and – voila! – Willie Nelson!) Well, fact is, Booker T. is a musical genius, and he knew exactly how to sculpt the ideal sonic form to compliment Willie’s “unique” vocal quality.
.
Now, I’ve never cared for the song SOMEONE TO WATCH OVER ME – not by Willie, not by Frankie, not by no one – but to my ears, the rest of these songs are gentle, gorgeous, and romantic. ROMANTIC?! Yes, I said, “Romantic.” Somehow Booker T. made Willie sound romantic and that’s alchemy of the first order! You could play this album at low volume over a candlelight dinner with your Special One and it would almost work. I say “almost” only because most of the songs are steeped in a melancholic marinade. So, the album might be better suited for playing at low volume while enjoying a warm glass of robust red wine and reminiscing about beautifully serene evenings you spent sipping Old Fashioneds with old flames in old-fashioned lounges. Or calling to mind past barroom brawls you participated in with old Mr. Doom while you and he were still in your youth. (Hoo-Wee! He had a wicked left hook... for a dead man!)
.
~ Stephen T. McCarthy
.
Posted by Stephen T. McCarthy at 10:45 AM